How Political Correctness is Destroying Australia

A powerful, thoughtful response to the threat posed by the cultural-left to Western civilisation. This book explores the rise of political correctness in Australia including: the dangers of Islamic fundamentalism; Safe Schools, same-sex marriage and the LGBTQI sexuality and gender agenda; what it means to be Australian, and much more.

'Kevin Donnelly is a persuasive contributor to the endless battle of ideas. He fights the good fight. He continually reminds us of the debt we owe to western civilisation, and in particular the extent to which Judaeo-Christian values have shaped so much of what we hold dear.' John Howard, former prime minister of Australia. Similar to what is happening in America, Europe and the UK, political correctness is destroying Australias cultural heritage and what is best about our institutions and way of life.

This is what Dr Kevin Donnelly explores in How Political Correctness is Destroying Australia. No longer is it possible to acknowledge and celebrate the debt owed to Western civilisation and to argue that Judeo-Christianity and epochal events like the Renaissance, Reformation and the Enlightenment deserve to be praised. Political correctness is also responsible for restricting free speech and open and dispassionate debate. Everyday conversations and interactions are closely scrutinised by the thought-police to ensure nobody offends in areas like gender and sexuality, ethnicity, physical appearance or social background.

There is an alternative to political correctness and the cultural-lefts long march through the institutions. As Donnelly argues in this book, there is much of value and beneficial about Western civilisation and our way of life. Unlike the millions around the world living under the tyranny of totalitarian dictatorships and oligarchies those in the West are guaranteed freedom, liberty and equality before the law, as long as we continue to fight for it.

Back to Book Shop 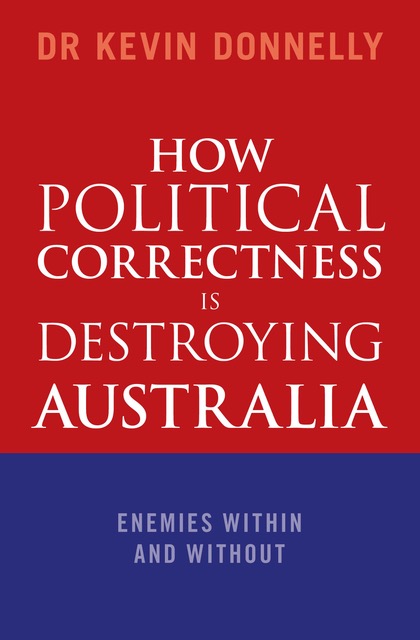 Paper Back: $25.00 + postage
Buy Paper Back
View Cart/Checkout
Back to Top